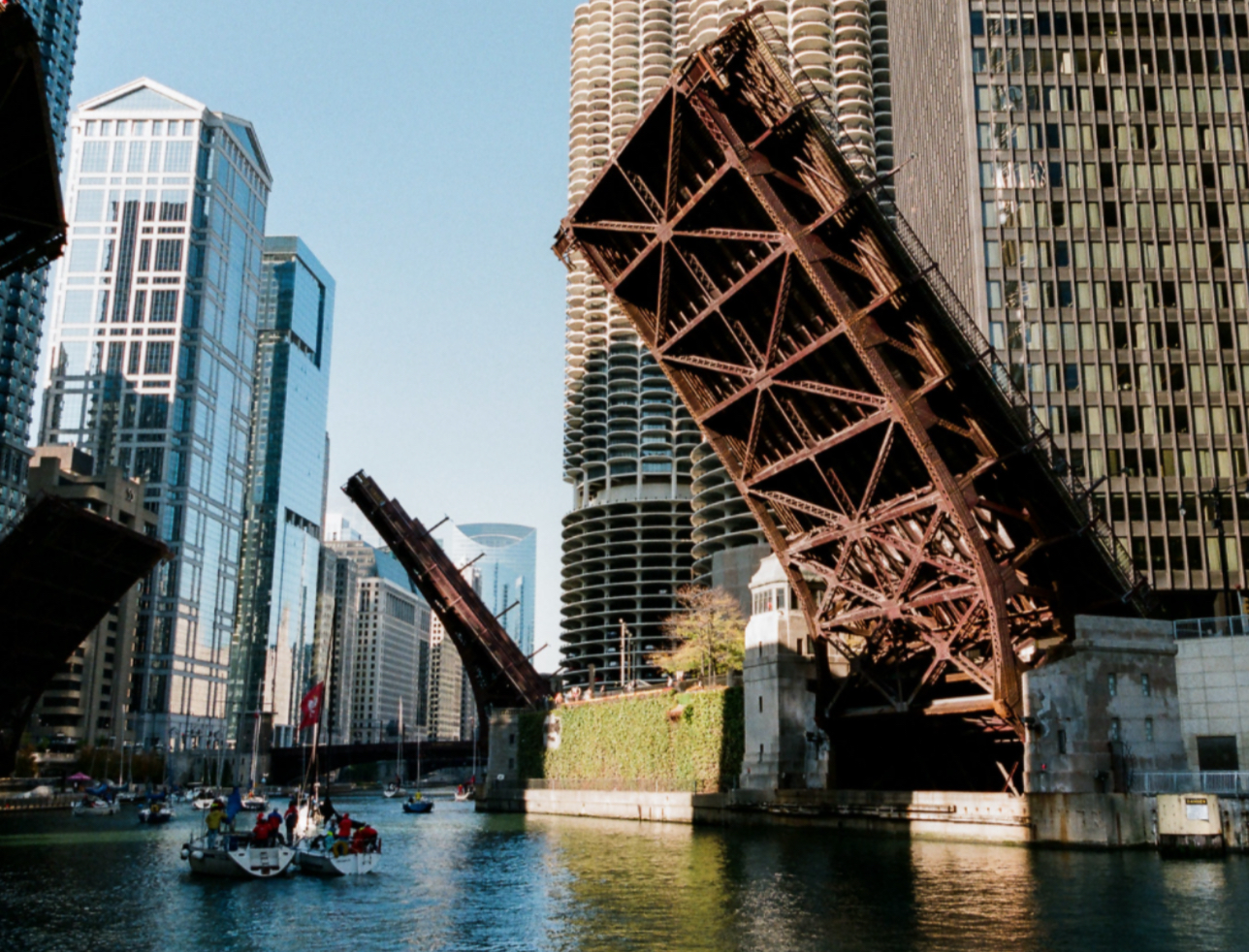 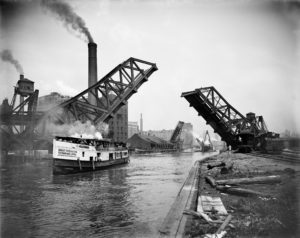 Chicago has thirty-seven movable bridges lining the Chicago River and defining the cityscape. Every day, thousands of workers, tourists, boaters, and commuters cross or float beneath the bridges along Michigan Avenue, State Street, Wells Street, and Wabash Avenue in Chicago’s Loop. These bridges, and the impressive mark they leave on the city, are part of a nearly two hundred year legacy of feats of engineering, design, and practicality.

The first movable bridge was constructed at Dearborn Street in 1834. The bridge, similar to those found crossing moats at medieval castles, relied on timber and heavy chains to remain suspended over the river.

In the following years, a series of trials and errors found that floating bridges across the Chicago River could be swept away by floods and drawbridges were too narrow to accommodate the masses of people attempting to cross. Swing bridges, designed like board game spinners, resulted in ship crashes. In 1863, a bridge constructed over Rush Street collapsed under the weight of cattle attempting to cross, further proving the insufficiency of current designs.

The first Chicago Style Bascule Bridge was constructed in 1902 and relied on a trunnion or suspended axles atop massive concrete counterweights secured into the riverbank. The Chicago Style Bascule Bridge was the most practical design for the large crowds crossing the bridge and used the most practical form of suspension to allow ships to pass beneath. 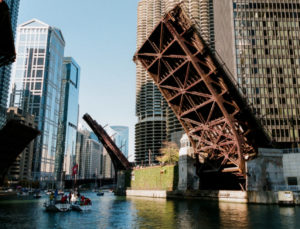 Two of the downtown bridges at Jackson Boulevard and Lake Street respectively turned one hundred years old recently, and many of the bridges in downtown Chicago remain in use today. The L train along with pedestrians and car traffic cross the bridges on a daily basis.

Chicago’s bridges still lift to allow high-masted boat traffic to flow beneath. In the 19th and early 20th century, bridges were lifted every time a boat needed to pass through, and though they still lift today, it occurs far less frequently. Bridge-lifts often begin mid-spring and last through autumn causing quite a spectacle (and a wait for those hoping to cross the bridges).