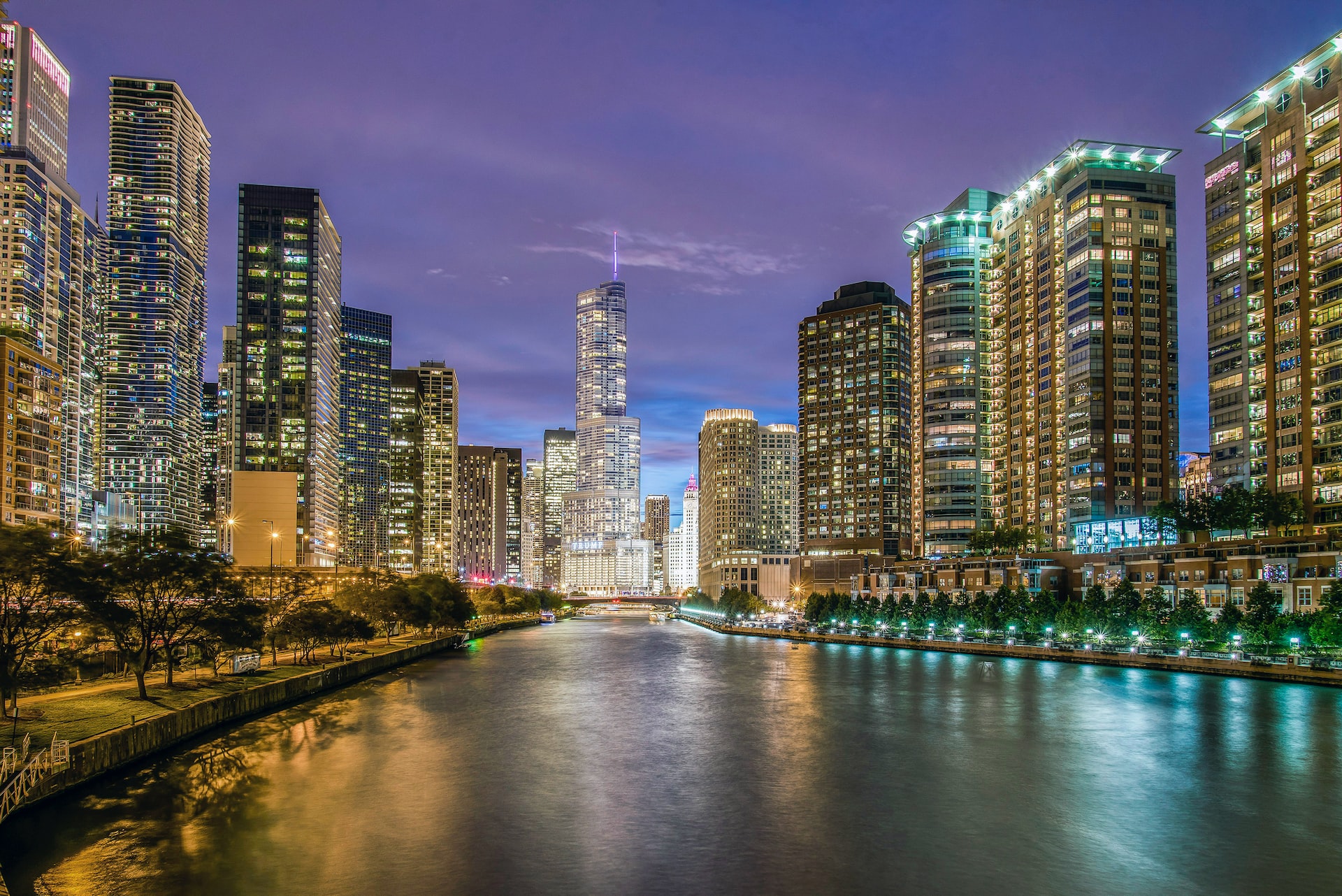 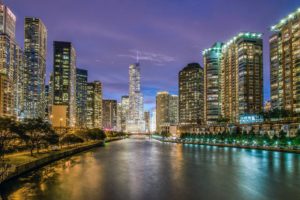 The Chicago River, one of the great defining features of the city, serves as a link between the Great Lakes and the Mississippi River Basin, ultimately connecting to the Gulf of Mexico. Composed of three main branches, the Chicago River runs 156 miles in total and has a rich history of being a lifeline to the city of Chicago and a feat of human engineering.

The Chicago River has three branches along which Chicago situates itself. The main river stem runs through downtown Chicago and the loop, and is sourced by Lake Michigan. The north branch starts in the city’s northern suburbs and flows through the north side, connecting with the main stem. The river’s south branch flows southward past the Willis Tower, railroad yards, towards Joliet, and, eventually, the Gulf of Mexico.

When European settlers arrived in Chicago in the mid-1800s, the Chicago River flowed from the flat plains surrounding Chicago into Lake Michigan. This became an issue as the city grew, and sewage became directed into the Lake, which served as the city’s chief clean water source.

In 1900, one of the greatest feats of human engineering up to that point occurred when the Sanitary District of Chicago, led by William Boldenwick, completely reversed the river’s flow. This reversal was achieved by utilizing canal locks to increase the river’s flow from Lake Michigan, causing the river to empty north of Joliet, Illinois, into a newly completed canal system aptly named the Chicago Sanitary and Ship Canal.

In 1915, the Chicago River was the location of great tragedy. The SS Eastland, an excursion boat, was docked at the Clark St bridge when it rolled over, killing 844 passengers. Today, the site is commemorated with a memorial to the victims of the disaster.

Through the 1980s, the Chicago River was filled with garbage and considered incredibly dirty. In the 1990s, though, the river underwent extensive cleaning under a beautification effort led by Mayor Richard M. Daley.

In 1992, the Chicago River overflowed, flooding the underground network of freight train tracks that run through downtown along with the lower levels of buildings and pedestrian walkways.

Today, the river – with an updated riverwalk – is a favorite spot for tourists and locals alike. Architectural cruises and private watercraft frequent the river, along with kayakers and freight barges. The river is famously dyed green on Saint Patrick’s day, and in 2016, the river was dyed blue to commemorate the Cubs’ win at the World Series.

The Chicago River runs beside many notable Chicago landmarks, including the Willis Tower, the Civic Opera House, the East Bank Club, Marina City, Union Station, and, of course the iconic bridges that line the river and are a staple to Chicago’s skyline.

There are many ways to visit the Chicago River. Take a walk along the newly renovated River Walk to enjoy the skyline and vibrant holiday lights. For a more in-depth experience of the river’s history and the buildings that surround it, try a Chicago Architectural Tour in Chicago’s warmer months, and if you are feeling sporty, REI and Urban Kayaks offer boat rentals and guided tours.