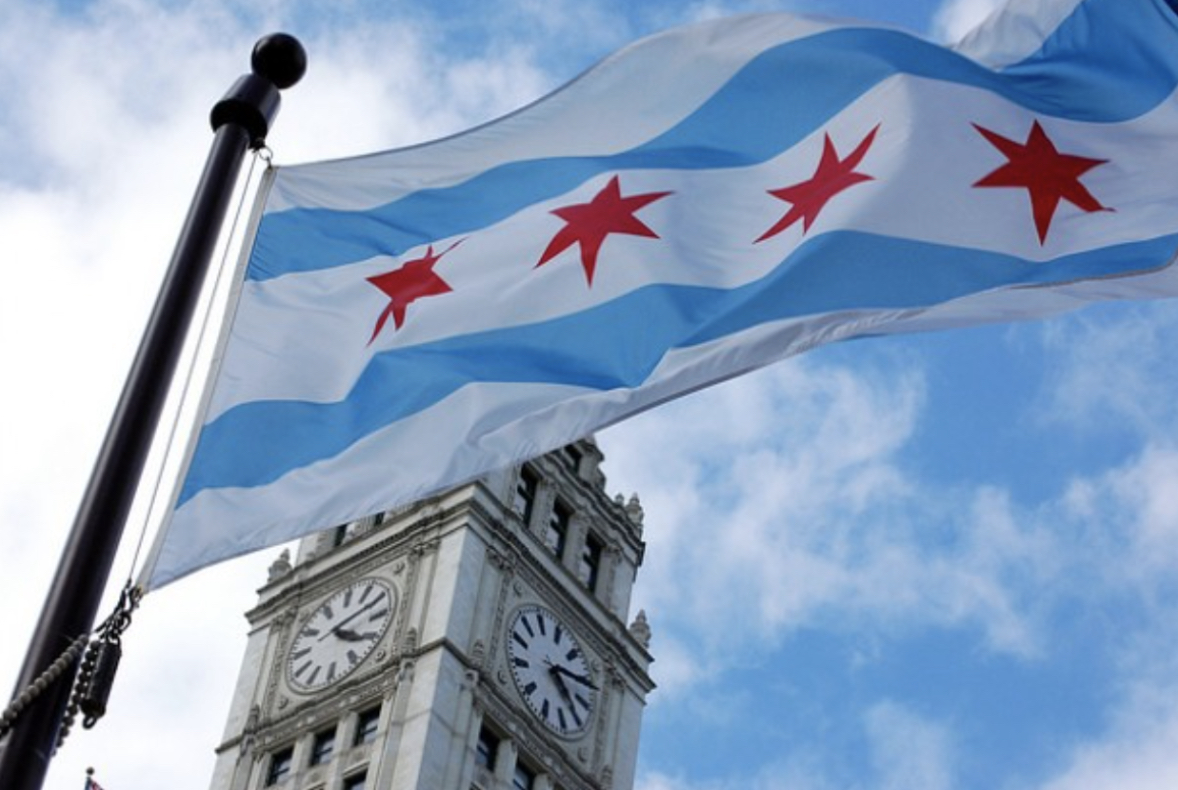 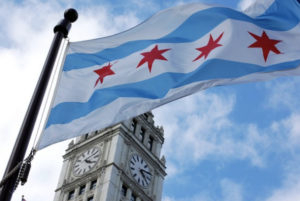 The Chicago flag can be found waving atop buildings, bridges, and beside parks and landmarks around the city, reminding us that Chicago has a unique abundance of pride for its flag. Composed of two blue stripes and four red stars on a white backdrop, the Chicago flag is recognized as a symbol for the city around the world.

The original design for the Chicago Flag included only two stars. Designed by Wallace Rice, a writer and Art Institute lecturer in 1917, the flag was chosen as the winning design for a City Council-sponsored competition appointed by then-Mayor, William Hale Thompson. Of the thousands of entries received, Rice’s bold design with stars and stripes was chosen and has waved over Chicagoans since its completion.

The two original two red stars on the flag symbolized the establishment of Fort Dearborn and the Great Chicago Fire of 1871.

The top blue stripe of the flag represents Lake Michigan and the north branch of the Chicago River and the bottom blue stripe represents the river’s south branch. The white bands indicate the north, south and west sides.

The popularity of the Chicago flag took off in the 1990s when an influx of young adults moved to the city. Many of these young adults adopted Chicago as a home and wanted to display the pride they felt for the city. The flag, with its bold and simple design, was the perfect icon to represent their love for Chicago.

Voted the second-best city flag in 2004 by the North American Vexillological Association (an association that studies flags), the Chicago flag is everywhere. This beloved symbol of the place we call home is emblazoned on mugs and t-shirts, tattooed on arms and legs, and of course, flies high in every neighborhood in the city, flapping from porches and balconies. It’s hard to miss.