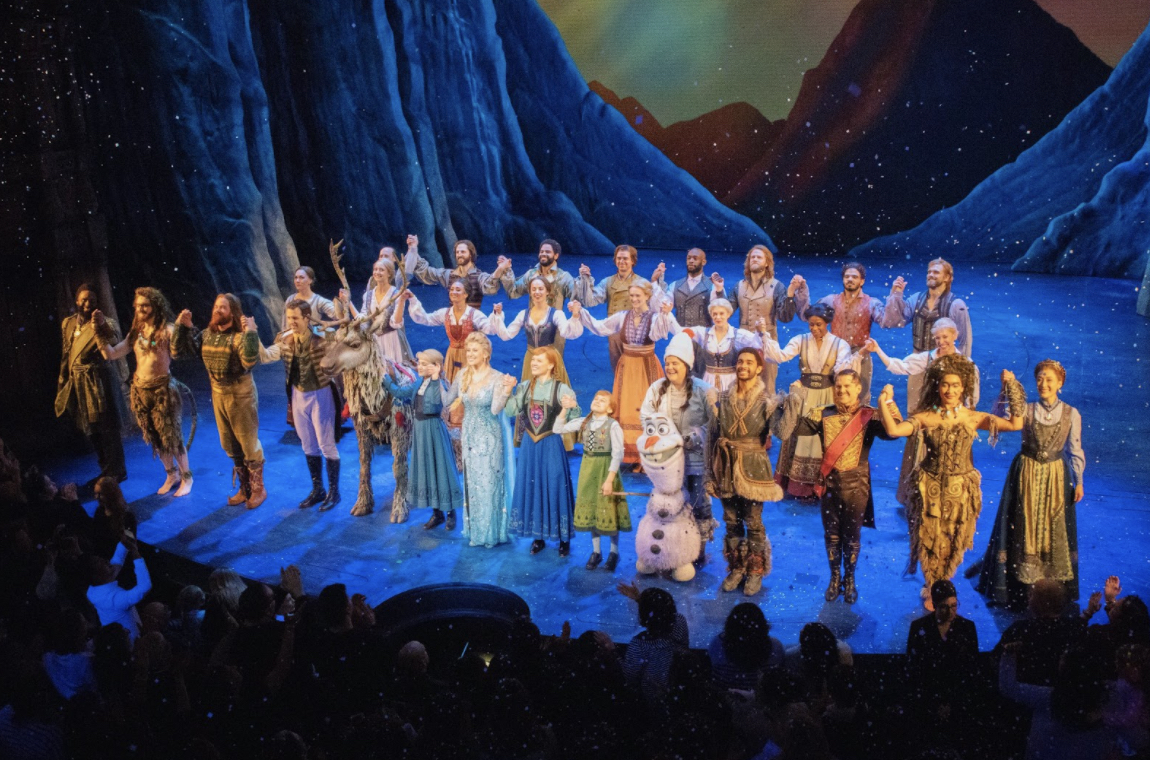 Located in the bustling Downtown Theatre District, Broadway in Chicago offers one of the city’s best forms of entertainment. And, while Chicago is filled with a variety of captivating activities in the winter, once it gets cold, spending time outdoors isn’t always the preferred option, making Broadway in Chicago the perfect alternative for a chilly winter day. Here are some of the season’s must-see shows:

An adaptation of the famous movie musical of the same name, Frozen brings a sprinkling of holiday spirit and cheer to Broadway in Chicago. In addition to the beloved songs from the movie, the Tony-nominated musical brings a variety of new numbers accompanied by its expanded score. Audiences will become transported into a winter wonderland with spectacular sets, costumes and sensational special effects.

The thrilling musical is playing at Cadillac Palace Theatre until January 22, 2022, and tickets can be found online here.

The Play That Goes Wrong

The classic murder mystery bursting with mania is one of the funniest shows that has ever graced Broadway. When the lights go down on The Play That Goes Wrong you’ll be transported to the opening night of The Murder at Haversham Manor, where disaster strikes early. The award-winning smash comedy can be enjoyed by everyone in the family and is sure to keep you laughing all night long.

The hilarious show is playing at Broadway Playhouse until January 30, 2022, and tickets can be found online here.

One of Broadway’s most classic musicals has been reimagined for the 21st century. Oklahoma looks and sounds just like America does today. The cherished musical tells the story of the American frontier and how a community can come together against an outside force. Recommended for anyone aged 12 and up, the show is sure to set off a rollercoaster of emotions with both laughs and gasps.

Oklahoma is playing at CIBC Theater from January 11-23, 2022, and tickets can be bought online here.

Another treasured Broadway classic, Hairspray, is back again to bring its iconic show to Chicago. The warm-hearted story highlights the importance of never giving up on reaching your dreams and is chock-full of all its classic hits, including “Good Morning Baltimore” and “You Can’t Stop the Beat.” Audiences of all ages will be thoroughly entertained as an all-new touring production brings its twist on the award-winning performance.

Hairspray is playing at CIBC Theater from February 1-13, 2022, and tickets can be bought online here.