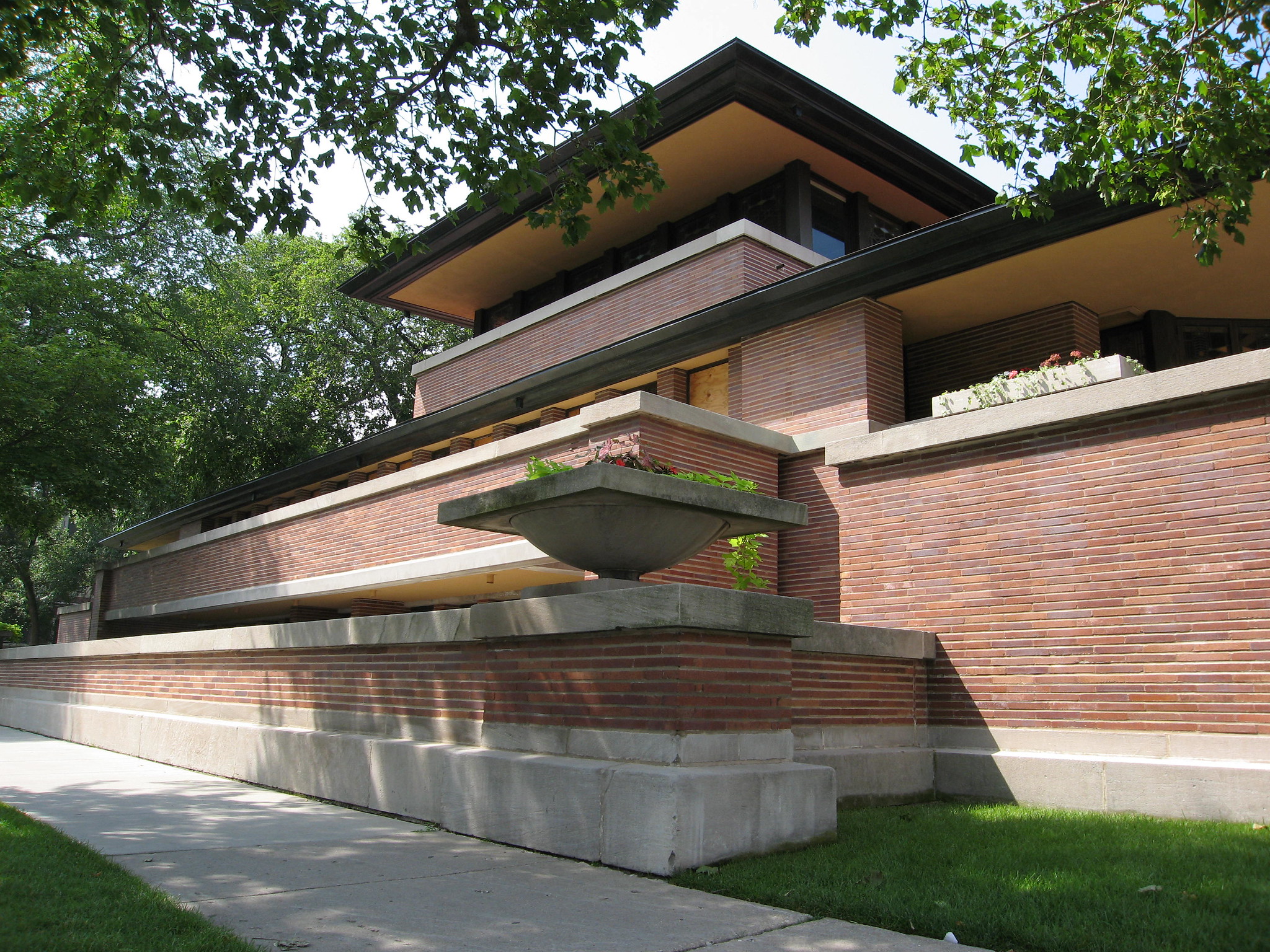 Born in 1887 in Richland Center, Wisconsin, Frank Lloyd Wright is one of America’s most prominent architects and the pioneer of the prairie style of architecture. Wright’s architectural philosophy was that structures should meld with humanity and the natural world, and he accomplished this in seeking inspiration from the flat-lying, golden prairies of the midwestern landscape.

Though world-renowned, Wright’s roots are midwestern, and many of his most prominent works reside throughout Chicago.

Chicago’s Hyde Park and Kenwood neighborhoods are architectural hot spots featuring the Gothic spires of the University of Chicago mixed with modern University additions, classic Chicago three and six flats, historic manors from the gilded age, and worker’s cottages. Hyde Park is also home to some of Wright’s earliest work and some of his more mature, internationally renowned works.

In Kenwood, a smaller residential neighborhood just north of Hyde Park, one can find several homes of grander scales than those in Hyde Park. However, Hyde Park boasts the academic charms of a renowned University campus and represents a more social and commercial hub.

The Warren McArthur house is located in the Kenwood neighborhood and was made for Wright’s friend, Warren McArthur, and his family. The Warren McArthur House fits more into a Queen Anne style than Wright’s classic prairie style, but the structure still appeals to Wright’s admiration of the natural world. Organic wooden details and neutral colors are highlighted, and the interior was neither painted nor wallpapered.

The George Blossom House, another of Wright’s earlier works, is also located in the Kenwood neighborhood, just down the street from the Warren McArthur House. The house was designed as an independent commission by Wright in order to supplement his salary and reflects the era’s appreciation for academic Colonial Revival architecture and design.

The interior of the house reflects Wright’s own personal design style with a central fireplace framed by an Inglenook and natural wood accents.

The Heller house is a perfect example of Wright’s experimentation with elongated structures. Located on Woodlawn Ave, the main throughway of Hyde Park, the Heller house stands out with its yellow brick and prairie style.

The exterior displays a frieze of maidens dressed in classical clothing designed by Wright and constructed by Wright’s collaborator, Richard Bock.

One of Wright’s most iconic structures, the Frederick C. Robie House is situated just south of the Heller house on Woodlawn Avenue, opposite the University of Chicago’s campus. The Robie House is so prominent in Hyde Park that the surrounding architecture was designed to accentuate and compliment the building. The house is also a museum offering tours and a gift shop.

The Robie House is considered the “consummate expression of Prairie style” and one of the great architectural masterpieces of the 20th century. The house is situated horizontally and is known for its iconic roofline and urns and planters located at every level to meld the house with the natural world.