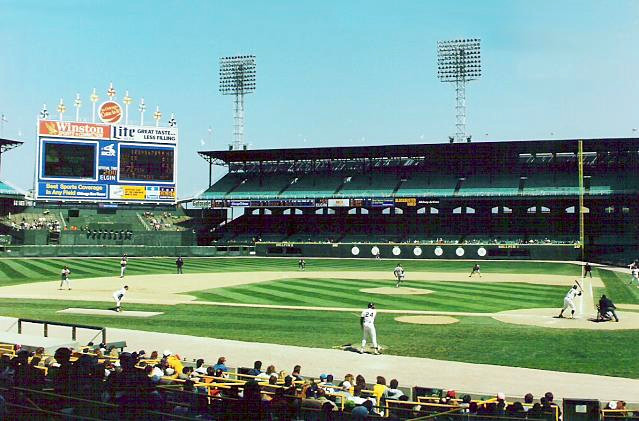 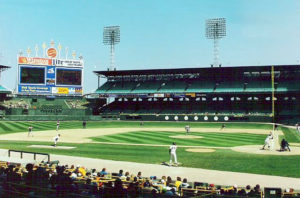 Chicago is home to two great baseball teams: the Chicago Cubs and the Chicago White Sox. And since we’ve paid tribute to Wrigley Field, it’s only fair that we dive into the history of the original ballpark of the Chicago White Sox, Comiskey Park, located in the neighborhood of Bridgeport. Although the park is no longer standing today, some Chicagoans still make reference to the name, despite Guaranteed Rate Field taking its place decades ago. From a landfill to a beloved place to watch America’s pastime, Comiskey has quite the past.

The ballpark site was a former landfill that Comiskey bought in 1909 to replace the old wooden structure the team was using at the time. The new design was very modern in the 1900s, as the third concrete-and-steel stadium in the major leagues to be built since 1909. It seated almost 32,000, a record at the time, and almost immediately became a staple of the neighborhood and the South Side. 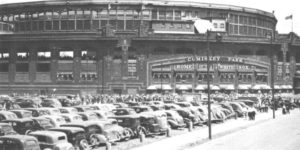 Over its lifetime, Comiskey Park hosted four World Series and decades of baseball. Most importantly, it was home to thousands of fans from 1910 to 1990. During its last eight years, Comiskey’s annual attendance surpassed the two million mark three times. Much to the sadness and anger of loyal fans, the ballpark was demolished in 1991 to make room for a larger stadium. While Guaranteed Rate Field is currently home for the White Sox, generations of fans and families often remember Comiskey Park with fondness and nostalgia, knowing it represented a piece of Chicago’s great history.