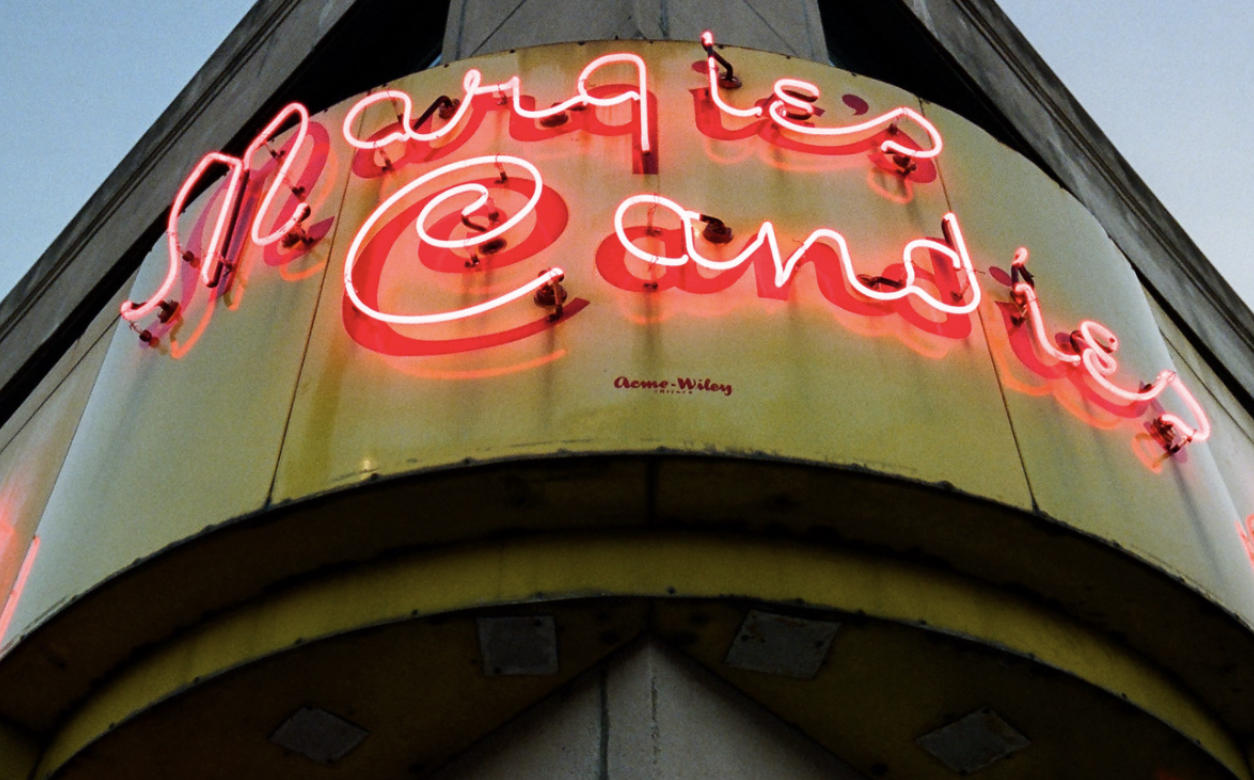 Margie’s Candies, largely considered a “Chicago Legend” for its confectionery treats and ice cream parlor, has operated in its original location on Western Avenue in Bucktown for over nine decades. It’s the place to go when your sweet tooth needs attention, regardless of the weather or time of year. Rain or shine, there is often a line out the door, with families and groups of friends congregating on the sidewalks over massive sundaes or thick, creamy malts. 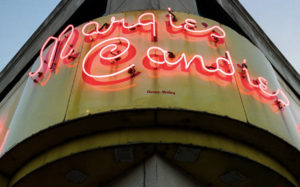 Founded in 1921 by Peter George Poulous, the original name of Margie’s was Security Sweet Shop. In the business’s early years, Chicago mobster Al Capone was known to patronize the sweet shop before his death in 1947. Poulous passed Security Sweet Shop down to his son George who, in 1933, changed the name to Margie’s, after his wife. During World War II, Margie took over the business while George was serving in the military. In 1954, George died of an ulcer, and Margie took full control of the business.

In 1965, Margie’s cemented its claim to fame when they hosted The Beatles after their performance at Comiskey Park. The Beatles allegedly ordered the six-scoop Atomic Sundaes, and to this day, Margie’s has a large display of Beatles’ memorabilia to commemorate the visit.

In the early 1990’s, Margie was featured on MTV making chocolates in a series displaying individuals with interesting jobs. In 1993, the singer Liz Phair posed for a photo in Margie’s for a Newsweek article. When Margie passed away in 1995, her son George took over the business and opened a second, smaller location in the North Center neighborhood in 2005, right off of the Montrose Brown Line stop.

Today, Margie’s continues to sell a wide array of homemade candies including toffees, marzipans, chocolates, fruits and nuts. Margie’s also boasts a huge ice cream menu with all the classic flavors. You can get scoops, floats or insanely massive sundaes big enough to share with a family of six and still have leftovers to bring home. The hot fudge used in many of the items on the menu is iconic, as well. Dark, and creamy, the staff to this day still uses hot coffee to add a richness to the chocolate that keeps customers coming back for more

Both the Bucktown and North Center Margie’s feel like a step into the past with classic confectionary vibes and a staff that has worked there for decades.