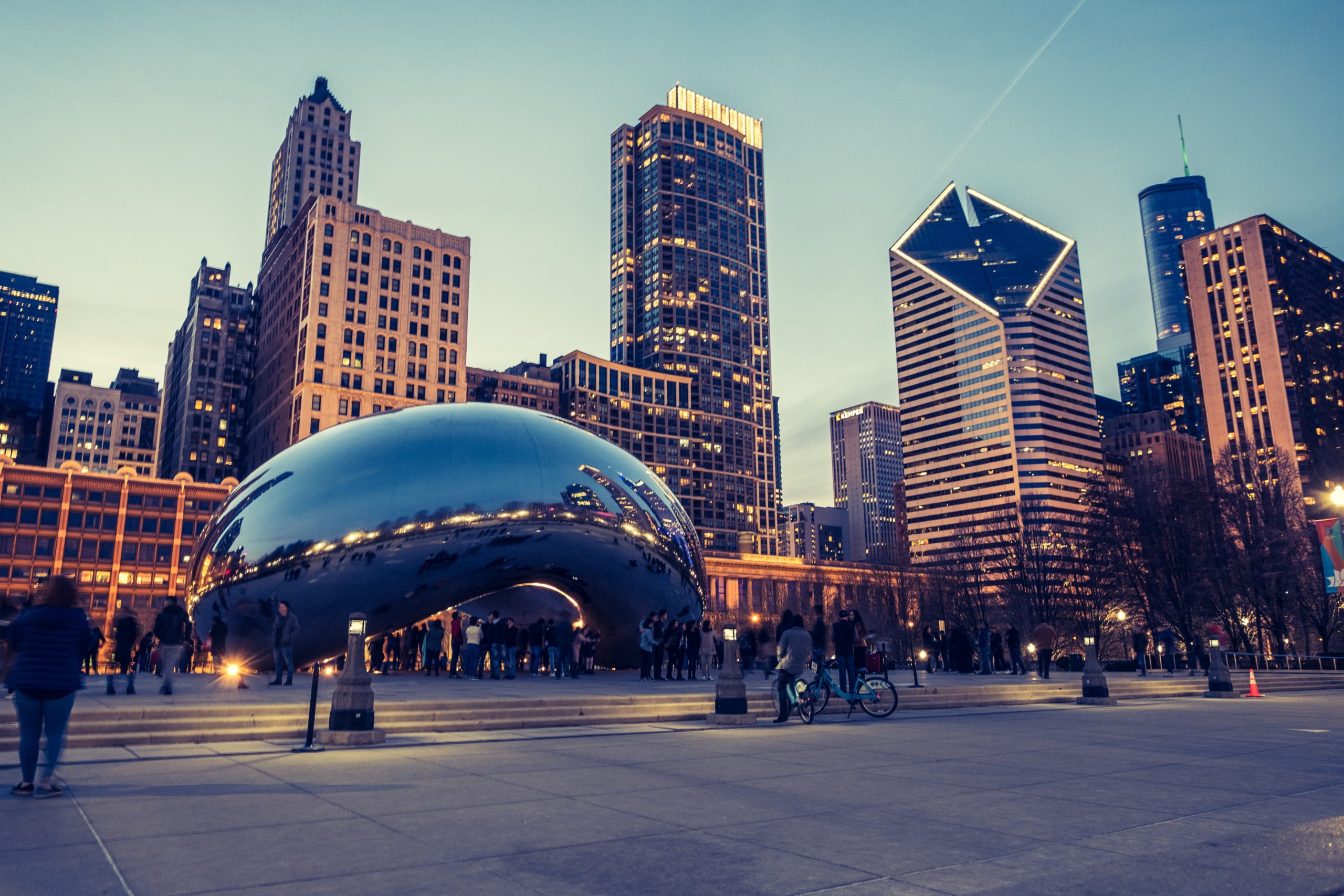 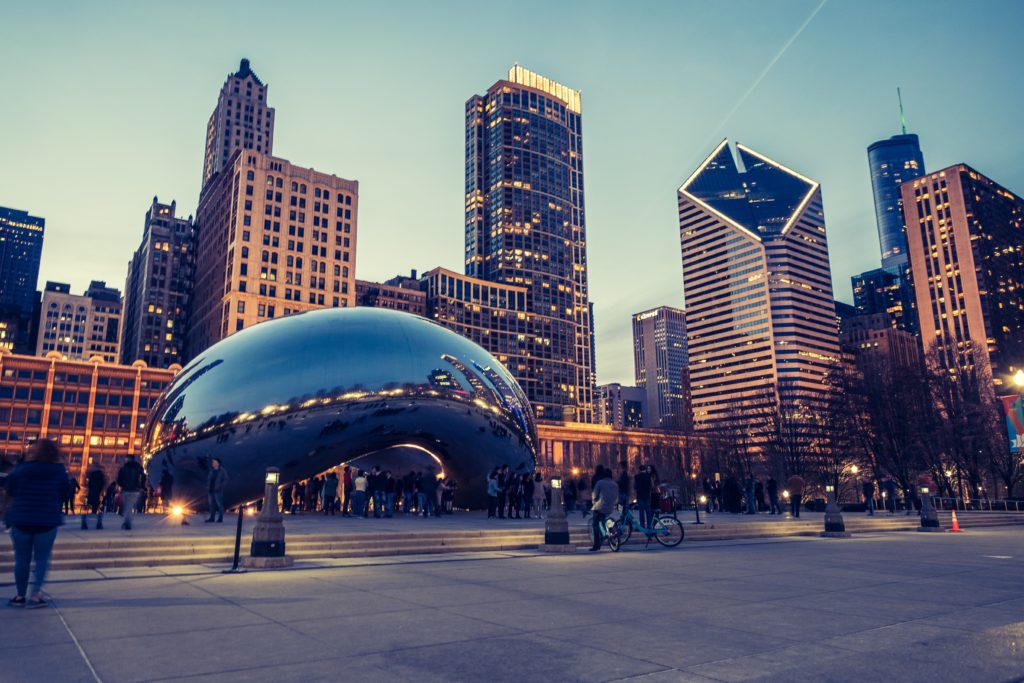 A city of iconic landmarks with storied histories, Chicago is a place where long-term residents and first-time explorers alike are united in their appreciation for all the city has to offer. Though there are many to choose from, we’re sharing just a few of our favorite iconic Chicago landmarks.

We can’t mention Chicago’s impressive roster of public sculpture art without noting Millennium Park’s Cloud Gate, a.k.a The Bean. The massive, mirrored sculpture was designed by British artist Anish Kapoor and is one of the most photographed spots in Chicago. Just around the corner is Crown Fountain, another Millennium Park staple, which consists of two LED-clad towers that display rotating video of 1,000 Chicagoans faces. Chicago also boasts iconic sculptures from artists such as Pablo Picasso (The Picasso at Daley Plaza), Joan Miró (Miró’s Chicago), Alexander Calder (Flamingo) and Magdalena Abakanowicz (Agora).

There’s no shortage of amazing architecture to marvel at in Chicago. But ask anyone in the city, local or visiting, what their favorite building is and you’re likely to hear about the Wrigley Building. The towering, Spanish Colonial Revival white skyscraper is a beacon seen across the river when looking off to the Mag Mile. Just across the street from the Wrigley Building is an equally notable skyscraper, the Tribune Tower. Standing proud and ornate in the Gothic Revival style, this building which once housed the Chicago Tribune offices is becoming breathtaking, highly-coveted condos. And just down the river from this iconic duo is Chicago’s infamous “corn cob” buildings, Marina City. If you can’t get enough of Chicago’s architecture, check out the CAC or one of the many architecture river tours of downtown.

Classic Chicago green spaces include centrally-located Millennium Park or Grant Park, but locals love their unsung counterparts. Northerly Island, nestled in the center of Chicago’s museum campus and part of Daniel Burnham’s original Plan of Chicago, is a man-made peninsula home to winding walking paths and abundant wildlife to enjoy. Meanwhile, on Chicago’s west side, Humboldt Park is a gorgeous green space, home to a historic fieldhouse, boathouse and lagoons.

While these are just a few of Chicago’s iconic landmarks, we’re proud to say our city has much, much more to discover, which is why we love calling it home.