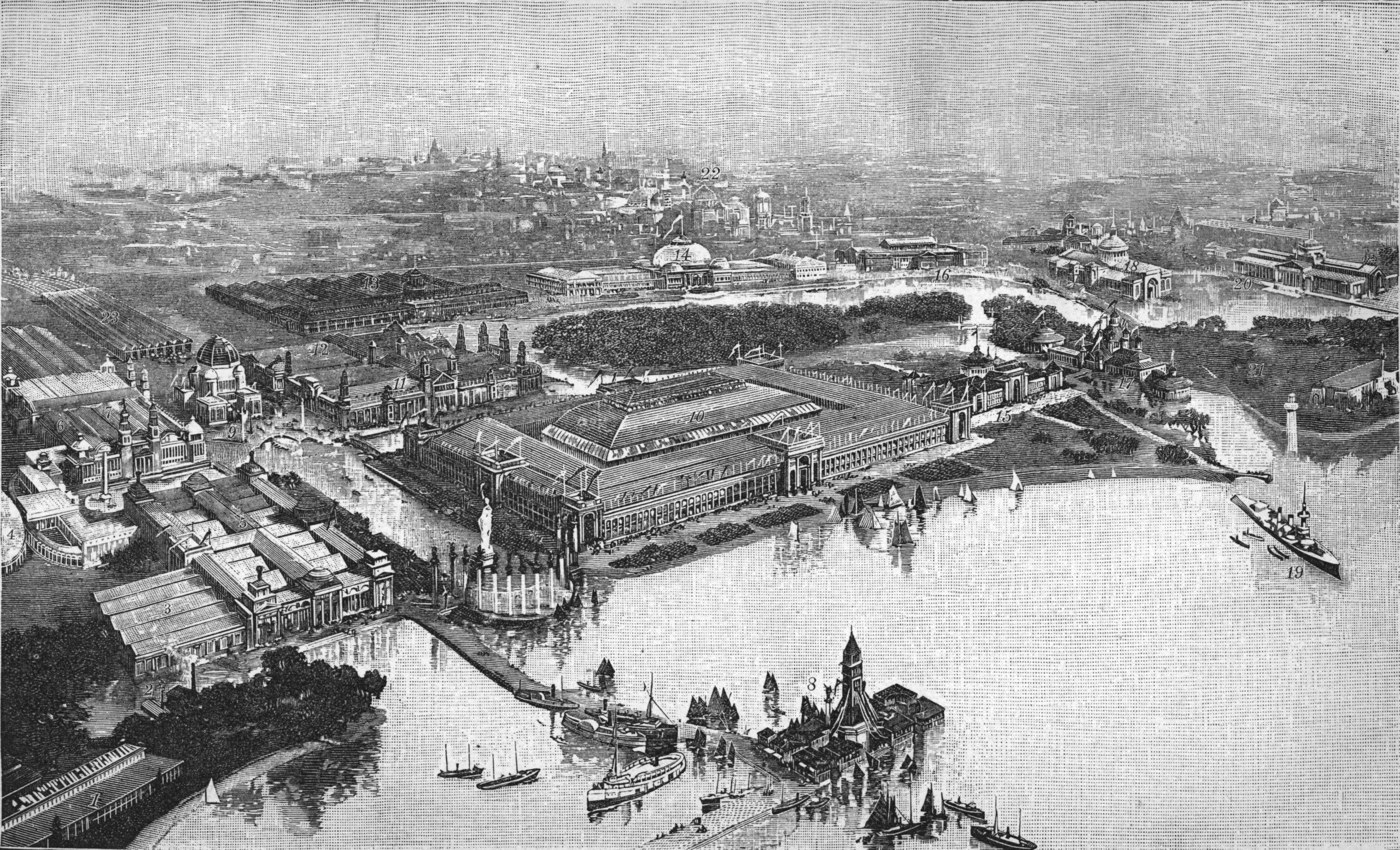 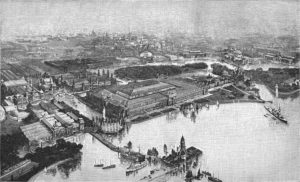 Chicago is a city with an incredible history, and one of the events that inspired generations of thinkers, artists and visionaries was the World’s Columbian Exposition, also known as the Chicago World’s Fair. Held in Chicago in 1893, the World’s Fair defined Chicago’s presence on the national and international scales. From ferris wheels to murder mysteries, the World’s Columbian Exposition is a fascinating piece of Chicago history.

In the 1890s, leaders across the United States wanted to host a world’s fair to set the country as a leader in thought and progress. There was an intense battle of finances, opinions and voting to decide which city would host the event, with Chicago winning over New York. The fight for the Fair wasn’t over; Chicago’s architects, designers, thinkers and makers needed to band together to pull it off in time.

Designed by famous figures such as John Wellborn Root, Daniel Burnham, Frederick Law Olmsted and Charles B. Atwood, the Exposition was a paradise of neoclassical architecture, and the white color of the buildings inspired its nickname, the White City. The Fair was filled with art, music, inventions, technology and cultural exhibits from around the world. Located in what is now the Hyde Park neighborhood, the fairgrounds were joined together by man-made lagoons and canals.  In the end, more than 27 million people attended the World’s Columbian Exposition during its six-month lifespan.

The Fair’s legacy is still evident throughout Chicago. Daniel Burnham went on to create the 1909 Plan of Chicago, which influenced city planning around the world. The neoclassical architecture informed many designs that still stand today, such as Chicago’s Museum of Science and Industry and the Art Institute of Chicago. The Ferris wheel was famously invented to debut at the Exposition. The darker happenings before and during the Fair inspired the book The Devil in the White City. And most importantly, the World’s Columbian Exposition paved the way for Chicago’s future as a powerhouse of industry and ingenuity.