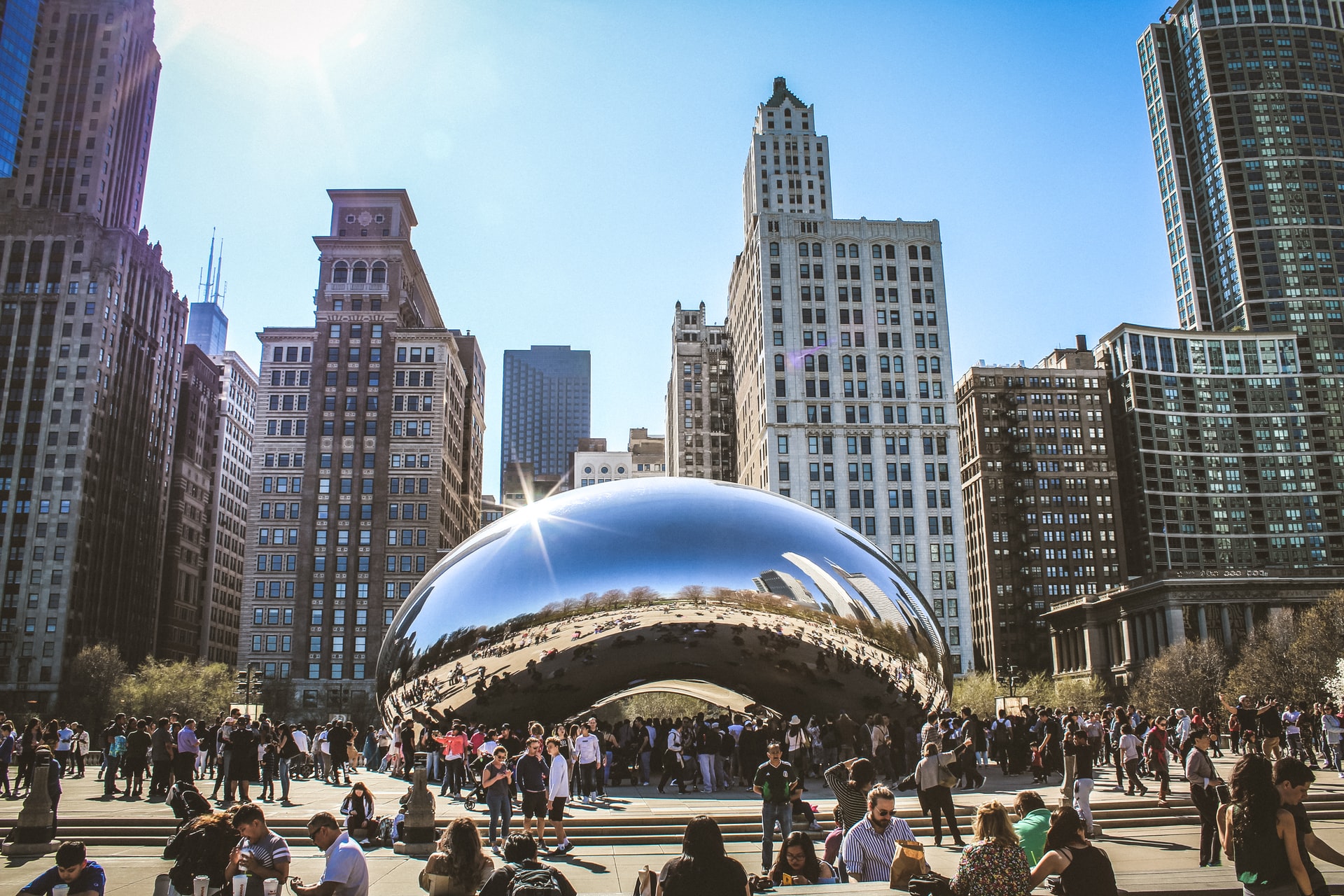 Of Chicago’s many sculptures and artwork, one stands out as an iconic, if not unique, landmark. Affectionately known as “The Bean,” the reflective surface of the sculpture Cloud Gate draws visitors from all over the world. So how did Cloud Gate come to be such a staple of Chicago’s downtown?

Located in the heart of Chicago’s Loop, Cloud Gate is a fairly recent addition to Millennium Park. In 1999, Park officials, art collectors and architects reviewed the work of 30 different artists as Millennium Park was in development. Internationally acclaimed artist Anish Kapoor was selected, and the piece would be his first public outdoor work installed in the United States.

The construction of the mirrored design was no small feat; the structure had to account for extreme weather, temperature variations and factors like fingerprints and graffiti. Creating the single seamless exterior for the external shell was particularly challenging. The final sculpture measures 66-feet long by 33-feet high, and weighs 110 tons and was officially finished in 2006. Inspired by liquid mercury, the polished stainless steel reflects Chicago’s famous skyline and the clouds above. As visitors walk around and under the structure, its surface creates a fun-house mirror effect.

The sculpture earned the name “The Bean” during construction, which Kapoor reportedly dubbed “completely stupid.” Eventually, he accepted the nickname, and Cloud Gate quickly became a magnetic, photogenic and dynamic piece of Chicago public art. Today, it welcomes visitors to Chicago year round and at all times of day, reflecting snow and night lights as well as it reflects the sun and light.

Check back for more Chicago public art features on our Home. Made.™ Blog!