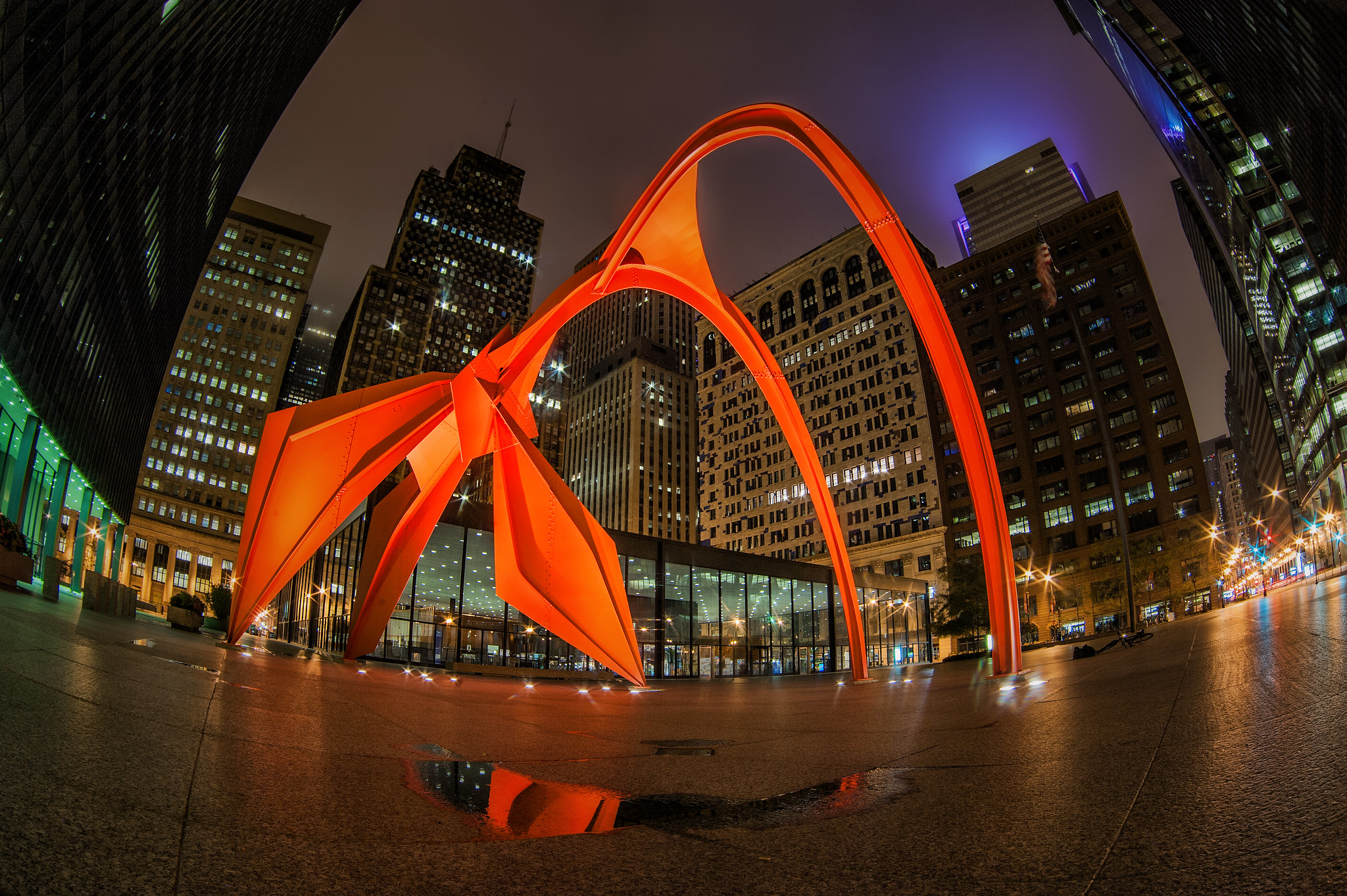 Known for its public art, you’ll find over 500 pieces of public art throughout the city’s neighborhoods and lakefront. One of the most notable sculptures is The Flamingo by Alexander Calder, which stands next to the famed Mies van de Rohe post office in the Federal Plaza at 50 W Adams St. 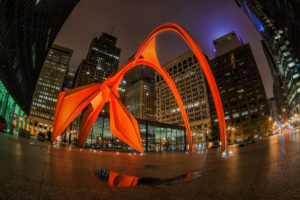 At 53 feet and 50 tons, The Flamingo is hard to miss. The bright red hue of the sculpture, known as Calder Red, contrasts with the black steel of the surrounding Mies van de Rohe buildings. The Flamingo is considered a prominent example of Constructivist art, a movement that was popularized in Russia in the 20th century and refers to art pieces composed of smaller pieces put together to create a larger piece. During the week, The Flamingo is surrounded by workers commuting to their offices in the Loop, and on hot days, children can often be found playing on and around the sculpture’s legs.

The Flamingo was commissioned by the US General Services Administration. It was the first piece of art to be commissioned through the ‘Percent for Art’ program, which requires a percentage of the cost of renovating buildings or public spaces be allocated to public art. Calder unveiled the model for The Flamingo in 1973 at The Art Institute of Chicago and presented the sculpture to the public in October of 1974.

Located at the heart of the Chicago Loop, Chicago’s corporate and transportation hub, The Flamingo is surrounded by classic Chicago architecture and historic public art. Three blocks east of The Flamingo rests The Art Institute of Chicago and Grant Park with its popular Cloud Gate sculpture and the Crown Fountains which spurt water to the delight of children, families, and tourists on hot days. In the winter, the Millenium Park Ice Skating Rink provides entertainment beneath the glittering Chicago skyline. The Marq provides classic American fare for lunch and dinner while the candy counter in the basement of Macy’s on State Street is the perfect place to stop for a sweet treat after a long day of sight-seeing.