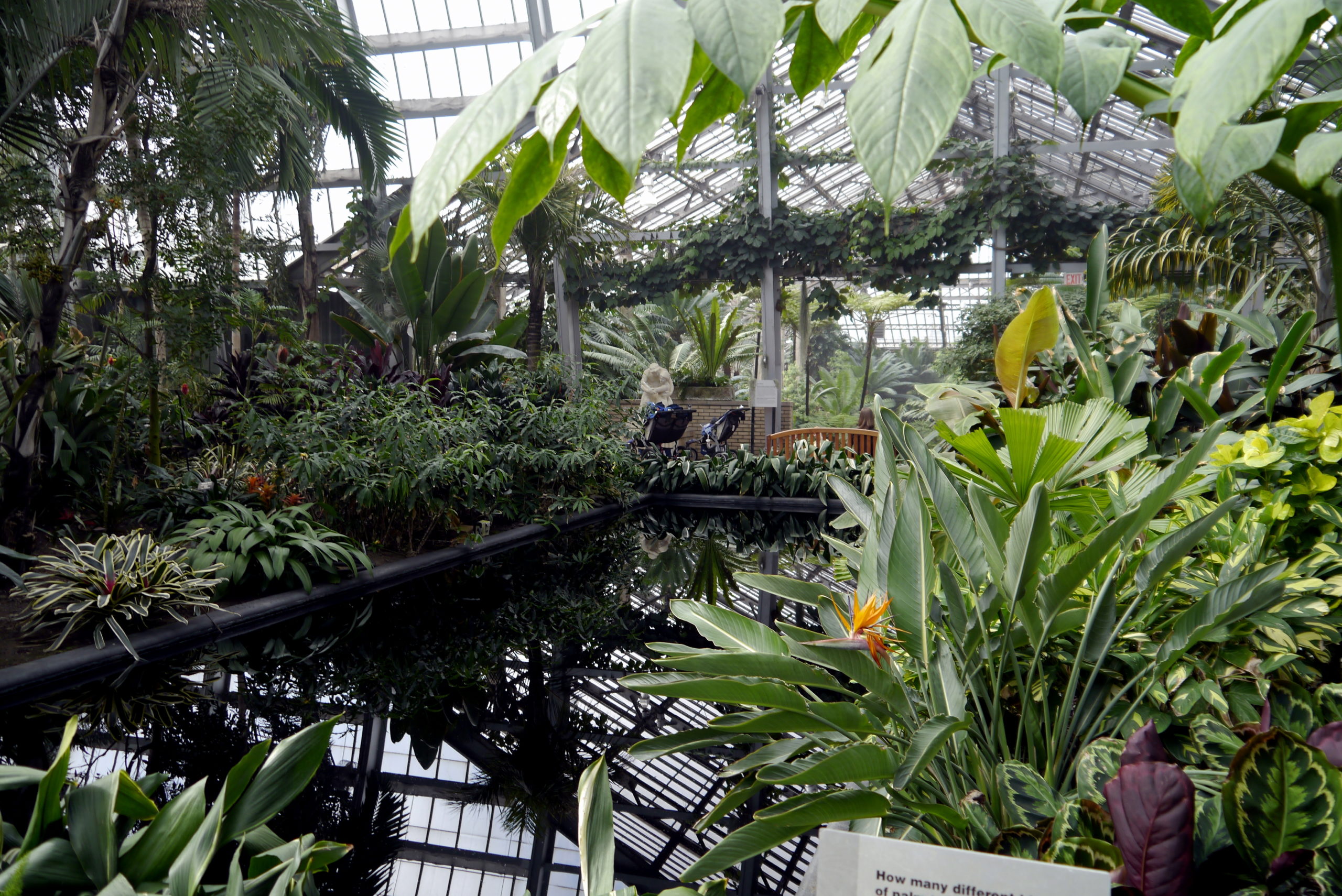 Chicago is a city of greenery. From gardens to parks, urban preserves and bird sanctuaries, conservatories, and the lakefront, nature is a wonderful escape from the grind of city life. The largest of Chicago’s conservatories (it has two, the other being located in Lincoln Park) is Garfield Park Conservatory, located at the northeast tip of Garfield Park. 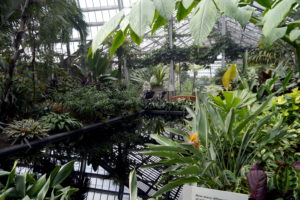 Known as “landscape art under glass,” not only is Garfield Park Conservatory the largest conservatory in Chicago, it is also one of the largest and most magnificent in the nation.

In the late 19th century, each of Chicago’s three large west-side parks — Humboldt, Garfield and Douglass — had their own small conservatories. In 1905, Jens Jensen, Chicago’s chief landscape architect destroyed the three smaller conservatories with the intent to combine the plantings from Humboldt and Douglass Parks into “the largest publicly owned conservatory under one roof in the world.” This would become Garfield Park Conservatory.

The architecture of the conservatory was a collaboration between several famed prairie school architects and firms including Jensen, Schmidt, Garden and Martin, and New York engineering firm, Hitchings and Company. The conservatory itself, a series of “naturalistic landscapes under glass”, was a revolutionary idea at the time.

By 1994, the Conservatory had fallen into disrepair, and after a severely cold winter that injured numerous plants, the Chicago Park District convened to renovate the Conservatory. In 2011, a hailstorm shattered half of the glass panels on the Conservatory’s roof and again had to be repaired.

In 2018, The Garfield Park Conservatory was named one of the Illinois 200 Great Places by the American Institute of Architects Illinois component (AIA Illinois).

Named after the park that is central to the neighborhood, Garfield Park is a neighborhood on Chicago’s West Side with Humboldt Park to the north, the West Loop to the east, Lawndale and Douglass Park to the south, and Oak Park to the west.

Garfield Park, itself, is a large green space with lagoons and lovely paths to stroll through. The Garfield Park Fieldhouse is an architectural gem at 100 N Central Park Ave, south of the Conservatory and at the edge of the Garfield Park Lagoon. In the summer, The Garfield Park Neighborhood Market at 135 N Kedzie boasts a range of local vendors and produce and is popular among the community. Chicago Empanada Mama boasts some of the best empanadas in the city while Al’s Under the L and Haute Diggity Dogs offer the traditional Chicago hot dog experience.

What to Expect When Visiting

The Garfield Park Conservatory boasts ten acres of outdoor gardens along with the Palm House, the largest room in the Conservatory designed to replicate an idealized tropical landscape, the Fern Room, which replicates the flora and fauna of Illinois millions of years ago complete with ferns, a lagoon, and rock outcroppings, the Desert House holds a variety of cacti and succulents, the Aroid Room features a small pool surrounded by aroids, a type of plant familiar to indoor gardeners as they make popular houseplants. Other rooms include the Horticulture Hall, the Elizabeth Morse Genius Children’s Garden, the Show House, a gift shop, and public restrooms.