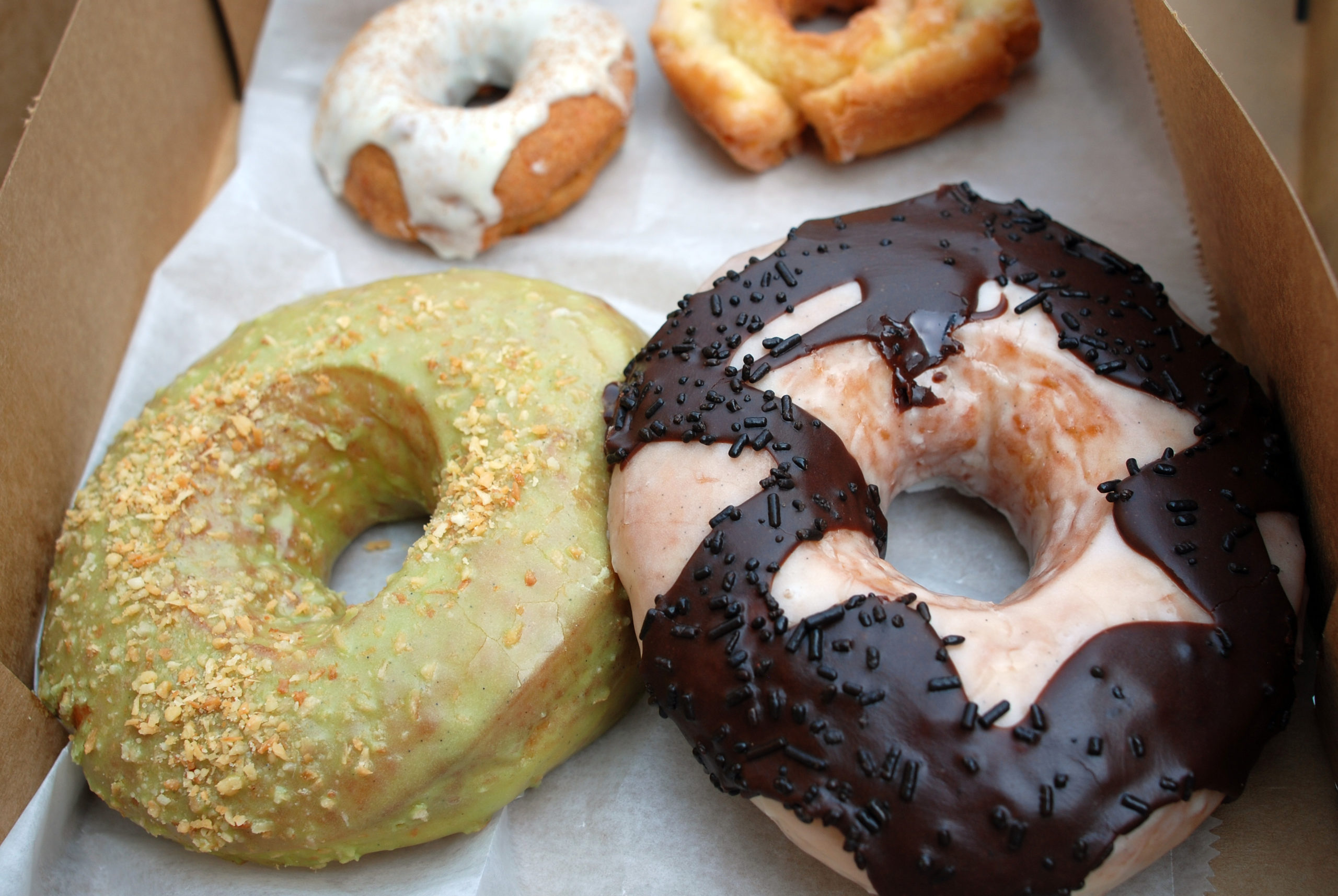 Chicago is all about food. From hot dogs to deep dish, Italian beef to popcorn, there is no shortage of delicious treats to satisfy any craving. Recently, artisanal donut shops have begun popping up around Chicago neighborhoods, offering unique and enticing fried delights. For every new donut shop, though, there is also a donut shop that has been a neighborhood staple for decades. Here are the best donuts you must try in Chicago.

Family-owned Weber’s Bakery has been creating cakes, tortes, donuts, and its specialty, kolacky since the 1930s. Located in the Garfield Ridge neighborhood of Chicago’s south side, Weber’s Bakery is one of Chicago’s oldest operating mom-and-pop bakeries. There is nothing more Chicago than a Polish treat, and  Kolacky fits the bill. Kolacky’s are composed of sweet yeast-leavened dough filled with jam or fruit pulp, and Weber’s Bakery’s kolacky’s are a must. If you crave chocolate over jelly, fear not, Weber’s is also known for their chocolate cake donuts, famous for their exceptionally rich icing.

Though newer to the Chicago donut scene, by this point, Stan’s Donuts feels like a Chicago staple. Before Chicago restaurateur, Rich Labriola brought Stan’s delicious recipes to the midwest, Stan’s was a decades-old local haunt in Los Angeles’ Westwood neighborhood. Thank goodness these recipes have made the leap east. Located throughout downtown Chicago as well as Lincoln Park, Wicker Park, Lakeview, the West Loop, Hyde Park, and even the western suburbs, Stan’s is the spot for delicious and inventive donuts and coffee on the go. Each location has numerous flavors ranging from the classics to some truly experimental delicacies, and every employee cheekily sports a work shirt with the matching name tags that read “Stan.”

Old Fashioned Donuts may not have its own website, but it’s been featured on abc7Chicago, and in The Chicago Tribune, Chicago Reader, and Chicago Magazine as some of the best glazed donuts in the city. Buritt Bulloch or “Mr. B.” has owned and run the southside staple out of the Roseland neighborhood for over 45 years and has been hailed the “doughnut king.” Mr. B mixes the dough for his donuts every morning and uses a fresh glaze that makes some refer to his glazed donuts as “nirvana.” Be sure to try the apple fritters, too, as The Chicago Tribune names them best in Chicago.

Located in the River North neighborhood, The Doughnut Vault is a tiny gem known for its creative old-fashioned style donuts. Those in the know line up early to get these donuts, as they sell out fast. Fan favorites include the Chocolate Old Fashioned and the Vanilla yeast donut, but other flavors include lemon poppy seed, buttermilk, pistachio, almond, and vanilla. The Doughnut Vault’s donuts are the type of classics you can never go wrong with.

Another newer addition to the Chicago donut scene, Firecakes offers small-batch, artisanal donuts. With locations in Lincoln Park, Oak Park, and River North, Firecakes is the perfect spot for an updated take on the classic donut (and a few fresh flavors, as well, such as peanut butter cup and Valrhona chocolate and espresso cream). Keep your eye out for the Firecakes cart which roams the streets of Chicago for the lucky few who get to it before everything sells out.

Not only are Do-Rite’s donuts delicious, they also come in numerous gluten-free and vegan flavors, catering to every type of donut craver. Do-Rites has it all, old-fashioned donuts, yeast-raised donuts, stuffed donuts, and cake donuts along with an extensive selection of fried chicken offerings so that you can satisfy your sweet and savory tooth at the same time. With locations across the city and suburbs, Do-Rites is the perfect go-to when you need to please everyone with good food and good donuts.