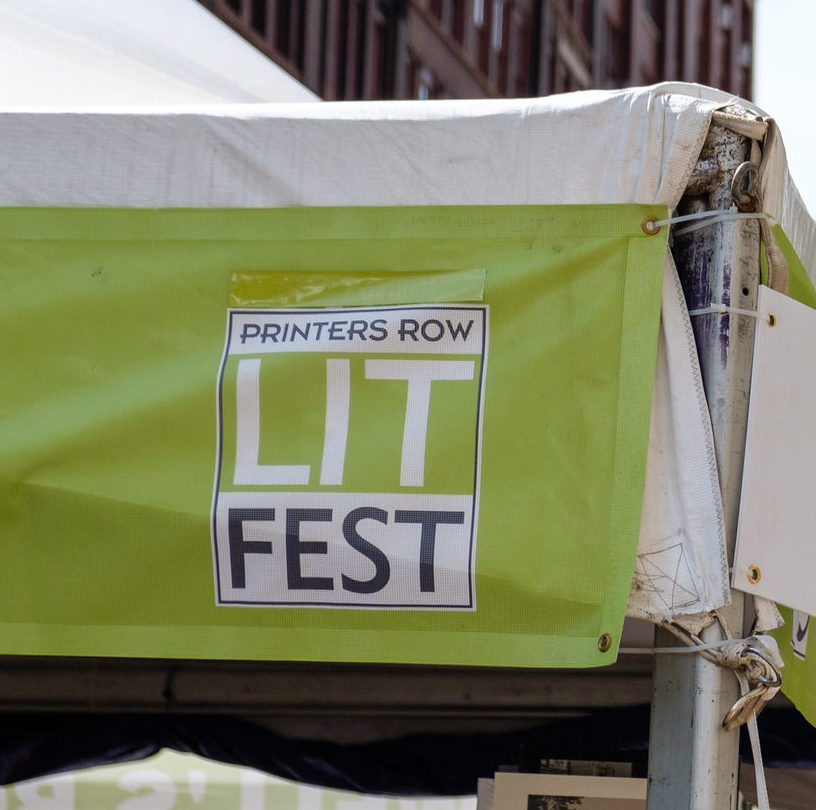 Chicago’s vibrant literary scene is considered second largest in the country. Every year, the city hosts an array of literary events including book fairs, poetry festivals, expositions, conferences, and more. The Printers Row Lit Fest and the Chicago Humanities Festival are two of the city’s largest literature and humanities celebrations. Here is your guide to the festivals and their upcoming programming.

Chicago’s Printers Row Lit Fest is the largest literary festival in the Midwest. Located in Chicago’s historic printing district, the festival runs for a weekend in early September. Running for thirty-six years, the festival features a roster of speakers, workshops, children’s programming, and hundreds of booths.

This year’s festival will take place on the weekend of September 11th and runs through September 12th. The Printers Row Lit Fest is an opportunity to support Chicago’s local bookstores and publishing houses.

Author Ta-Nehisi Coates will serve as the keynote speaker with more programming to be announced. All programming is free to the public and offered on a first come, first serve basis.

Not solely a literary event, the Chicago Humanities Festival is a non-profit organization hosting an ongoing celebration of the humanities and an exploration of humanistic ideas. The Festival offers over one hundred events throughout the year around the city.

This summer’s events included a screening of films made on and about the South Side of Chicago on August, 21, and an upcoming performance and conversation on Musical Legacies of the South Side on September, 17.

More fall events are to be announced in the near future and can be found here. Events will be held both in-person and on digital platforms in the upcoming year, making them accessible to all who wish to attend.

Other notable literary events held in Chicago throughout the year include Louder Than a Bomb, the largest youth poetry festival in the world, Chicago Zine Fest, an annual celebration and exposition of self-published magazines, and CAKE, Chicago’s festival for independent comic creators.