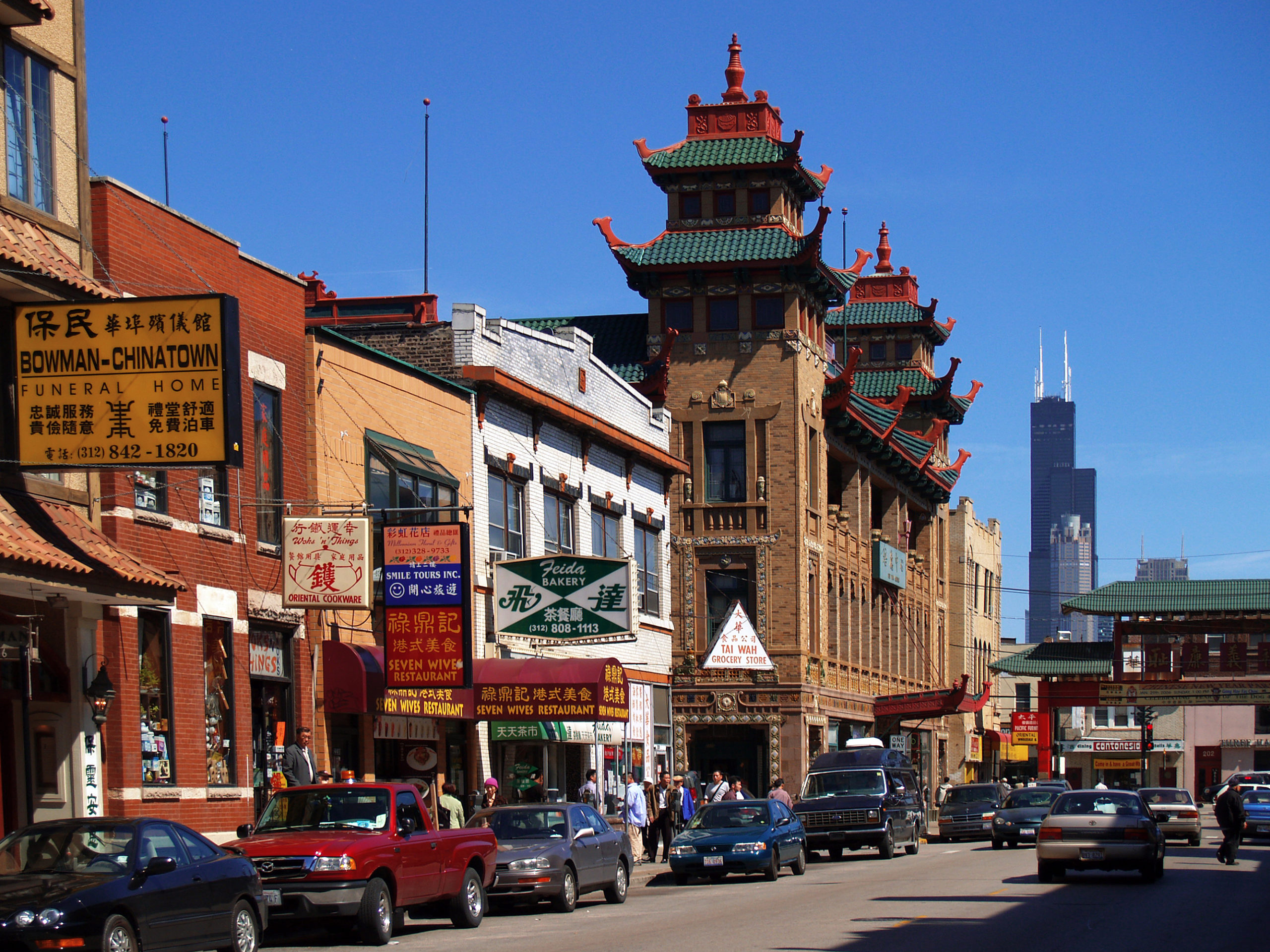 Just south of Chicago’s Loop, Chicago’s Chinatown is a neighborhood with a rich history and tight community. Though the original Chinatown was further north, the current Chinatown has been home to multi-generational businesses for over one-hundred years.

Chicago’s Chinatown as we know it today began in 1912 when Chinese businesses came together along what is now known as Cermak Road. At the time, the area along Cermak Road was considered Chicago’s red light district and appealed to Chinese business owners who were being pushed out of their neighborhood along south Clark Street. When landlords in the Loop began raising rent, many of the businesses migrating to Cermak Road belonged to an association called the On Leong Merchants Association, and together they bought 54 properties along Cermak — mostly through third parties due to racial discimination. Today, Chinatown is a thriving cultural and business district filled with stores, restaurants, community centers and parks. The majority of Chinatown’s residents today are first-generation immigrants or seniors who have been in the neighborhood for a very long time, and, though the neighborhood is expanding, the community is still very tightly-knit.

Chinatown is home to some of Chicago’s most authentic, delicious and affordable Chinese cuisine. For a classic dim sum parlor experience, try Cai in Chinatown Square, which offers dim sum until 4 pm every day of the week and full-service dining in the evening. After dinner, explore the boutiques and grocers Chinatown Square has to offer and don’t forget to pick up candy for home from Aji Ichiban. Tom (Ping) Memorial Park offers large lawns, beautiful views of the Chicago skyline, and river as well as a water taxi stop that goes to and from the Loop. The Chinatown Library is newly renovated and offers an indoor, climate-controlled community space as well as courses, Chinese-language materials, and homework help. Old Chinatown, denoted by the famous red arch, offers karaoke parlors, hot pot restaurants and shops. To learn more about Chinatowns history, visit the Chinese American Museum of Chicago and the Chinese Veterans Memorial on the corner of Cermak and Archer.

Directly south of the Loop, Chinatown is easily accessible by the Green and Red Lines. Chinatown has a bustling commercial corridor set off by quiet, residential streets and tucked away green spaces along with the large Tom (Ping) Memorial Park along the river. Though often frequented by tourists, Chinatown also has an intimate neighborhood feel.